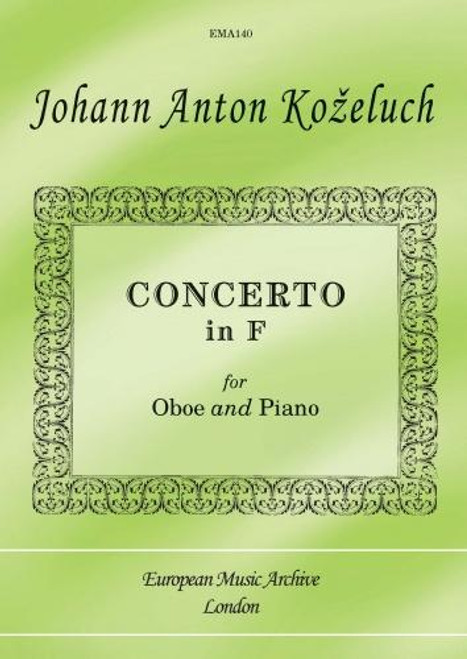 HEAR THIS OBOE Listen to a recording of Ian
Crowther playing this
model of Oboe.

Johann Anton Kozeluch was born in Welwarn in 1738, and died in 1814. This edition replaces the old Nova Music edition (NM193), now out of print. Based on a piano reduction made by Otto Schmid in 1904, it is likely that we are missing a third movement, given the key relationships of F major and B flat major. The cadenzas are by Dr. Richard Hervig. Editorial additions are shown in the normal manner: slashed slurs and square brackets.